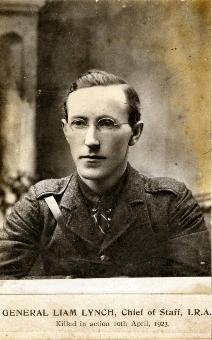 On the 2nd Sunday in September, 1919, Liam Lynch opened his campaign in Fermoy, and Volunteers from West Waterford took part. The engagement was successful, widespread enemy action followed. Lynch was wounded in the engagement and was brought to West Waterford, via Youghal, Ardmore and Dungarvan, where his wounds were attended to. After a few weeks he was fit again. His presence in the area entailed a good deal of protection and scouting work, but he was undisturbed [by the enemy] though visited by a Doctor every day.