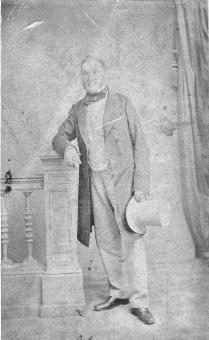 Modern greyhound owners, whether their allegiance lies with track or coursing dogs, can have little idea how important this meeting was to the greyhound fraternity of the 1800s. The Waterloo Cup was a huge event and as time went on so the prestige of just being nominated for entry was worthy of acclaim. Hotel proprietor Lynn could never have guessed that from small beginnings he had set in motion a coursing competition as big and as popular as any of today's racehorse classics.

Coursing dogs of that time were trained as youngsters in remote hilly areas where they could run freely and catch anything that took their fancy. This brisk form of long daily exercise produced a high level of power and stamina at an early age - something that the purists of the sport feel has been lost with the training methods of today.

British greyhounds of the highest calibre would be brought from far and wide to compete in the six gruelling rounds of the Waterloo Cup. The courses were long and endurance was at a premium if a dog was to win through to the very end. To actually collect the Cup was to be top greyhound of the year. To win it more than once was nearly unheard of.

But that was before the "Master" arrived on English soil. The year was 1868 and an unknown black greyhound weighing only 54lbs had arrived with his trainer John Walsh to claim the Cup for Ireland. His small size but big heart immediately found favour with the public as no other dog had done in the history of the event. He sailed through the rounds showing splendid craftsmanship and went on to win the Waterloo Cup in fine style - defeating the odds-on favourite Cock Robin in the final. The undersized, Irish interloper (still only two years of age) had left an indelible mark on the spectators at Altcar and there was no denying that a brilliant future for the dog lay ahead. His name, of course, was Master M'Grath.