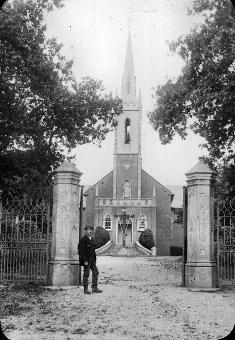 Tallow in the early 17th Century was the centre of a Protestant plantation made there by the Earl of Cork, Consequently there was, even in the beginning of the 18th century, but a comparatively small Catholic population. This will explain the union of this parish with Knockanore under one pastor.

The present patronage of the parish is the Immaculate Conception. There is only a single church and this was erected on the site of its predecessor in 1826. The Catholic population is stated to have been about eight thousand in 1836.

As already stated, under Knockanore, William Tobin was registered in 1704 as "Popish Parish Priest" of Tallow, Kilwatermoy, Kilcockan and Templemichael. He had been ordained on the continent by the exiled Bishop of Kilfenora.

Fr. Francis Prendergast was transferred from Portlaw in 1924 and created a Canon in 1931.