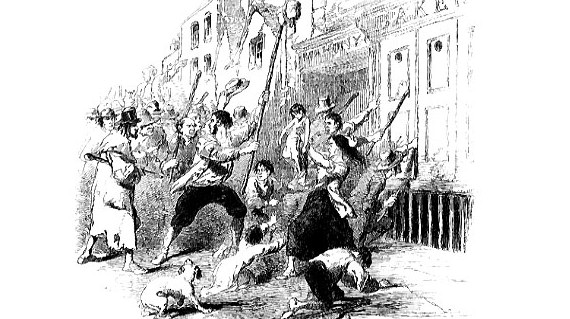 The Irish Famine of 1845 - 1852 ( or in Irish "Gorta Mór", translated as"Great Hunger" ) resulted in mass starvation and emigration. The primary cause of the famine - amongst numerous other issues - was the Potato Blight of 1845. The limited diet of the majority of the population meant that the country was ill-prepared for the failure of the potato crop. In Desperate Haven - The Famine in Dungarvan, we look at the effects of the famine on the town of Dungarvan and the efforts of people like Rev. James Alcock (1805-1893) and Councillor Michael Byrne to improve the lives of the people, in the years during and after the famine.