The Elster-Grime Opera Co. post card advertising the opera "Les Cloches de Corneville" in the Town Hall, Dungarvan. As part of the opera company's promotion of their visit these cards were posted to prominent members of Dungarvan society. Le Cloches de Corneville (known in English as The Chimes of Normandy or The Bells of Corneville) is an operetta in three acts, composed by Robert Planquette to a French libretto by Louis Clairville and Charles Gabet based on a play by Gabet. It was first produced in Paris at the Folies-Dramatique opening on April 19 1877 and ran for 408 performances.

Prints of this photo are for available for sale with the kind permission of the donor. All proceeds from the sale of this print go towards the upkeep of the museum. 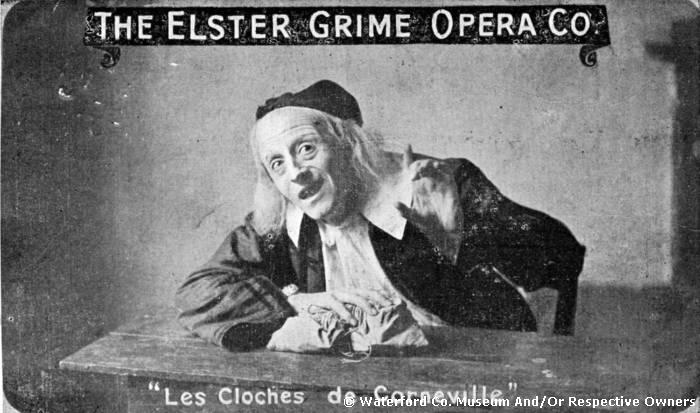